When computer manufacturers aren't the best choice for recycling computers

An investigation uncovers what Dell really does with those old electronics.

"Of the 28 delivered to Dell Reconnect stores, 21% of them were exported."

From there, BAN delivered the electronic waste to recyclers and their drop-off locations. They also focused on Goodwill Industries International, Inc., a charity thrift store. Goodwill partnered their recycling efforts with Dell Inc.

Of the 200 trackers installed, 65 were exported. BAN estimates that 62 of the 65 were exported illegally. Most of the exportation went to Hong Kong with a distant second destination being mainland China. The number of exported e-trash devices is likely higher but some trackers stopped working while others still have not completed their lifespan when the report was written. 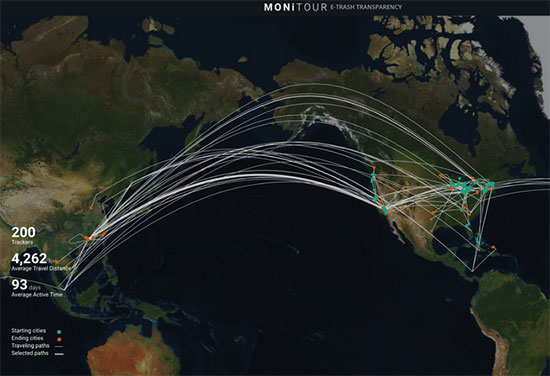 How did Goodwill and Dell fare in these numbers? According to BAN, “Of the 46 tracker-enabled e-waste devices that were deployed in Goodwill stores, seven (15% of the Goodwill trackers) were exported, likely in violation of the laws of the importing countries. Six of these seven were Dell Reconnect Partner stores. Thus, of the 28 delivered to Dell Reconnect stores, 21% of them were exported.

By itself, a mere seven exported devices doesn’t sound like a lot. However, when you consider that 21% of the devices delivered to Dell Reconnect stores had been exported, and then extrapolate those numbers, you begin to see the staggering impact. BAN estimates 90 million pounds have been exported to date, which would “equate to four 40-foot containers a week for the last 12 years from the Dell Reconnect program alone.”

Dell promises that no items will be exported to developing countries, yet this new evidence presents a stark disconnect between public promise and corporate policy.

It should be pointed out that Dell was not the only company caught in this investigation. Taken together, tracked devices delivered to recyclers had the highest percentage of export at 39%. This further highlights the importance of choosing a recycling company that has been independently certified as a responsible recycler.