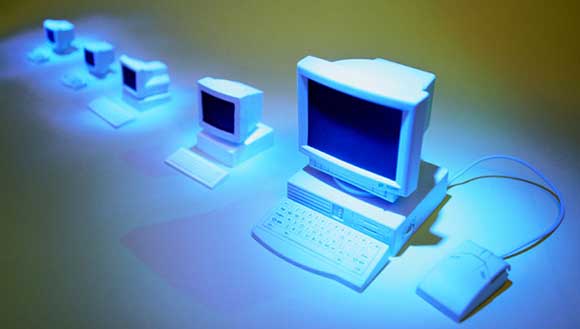 What you should know before retiring old computer equipment

The idea of retiring computers never seems very hard. Just send an e-mail to employees telling them to pick out what computers they'd like to buy. Whatever isn't sold could be donated to a charity or merely discarded.

Those of you who have gone through the process know that it is not that simple.

What started off as a "nice thing to do for the employees" becomes a long, arduous and unprofitable project. Add to that the ease of stealing data off of old hard drives (even reformatted ones) and new environmental laws restricting the dumping of computer equipment. Suddenly, you're wondering if that "nice thing" might put your company on the evening news with some really bad publicity.

We hope this article will help inform you of the changing landscape of computer retirement and how to avoid some of the pitfalls. In our next article, we’ll suggest questions to ask potential computer recycling companies.

According to a report by Gartner Research, in-house disposal “presents unique challenges and potential costs that enterprises seldom consider.” By some estimates, when a company tries to manage its own in-house retirement, the costs can range from $125 to over $400 per computer! Why so much? Consider these hidden costs:

That’s not all. If you’re planning on offsetting those costs by reselling your equipment, you’d better do it soon. It’s estimated that stored IT equipment loses 6% to 10% of its value each month.

To stay within your software licensing restrictions and to protect your company’s data, you take the time to format all hard drives before disposal. However, is your company’s sensitive data really secure? Unfortunately, all it takes is a little computer know-how and some readily available software to resurrect much of the data on your hard drives. Any competitor, disgruntled employee or identity thief can potentially do it.

With new privacy laws (e.g., HIPAA, Red Flags Rule) taking effect, those hard drives can open your company up to serious liabilities. Furthermore, if old software falls into unlicensed hands, the company getting rid of the software and the recipient could face legal action that includes paying penalties of thousands of dollars.

Rather than just reformatting the hard drives, it is crucial to “sanitize” the drives by writing over the old data with random data or zeros several times. However, according to Aberdeen Group, Inc., a computer research and consulting organization, it’s estimated that when a company does this in-house, the costs can range from $50 to $126 per disk cleansed.

3. Environmental activists are combing through landfills

As of this writing, companies have had to pay fines of up to $200,000 for illegally dumping computers. Expect more companies to receive fines as new state and federal laws are enacted to prevent environmentally unfriendly methods of disposal. The reasons for these laws are certainly understandable. According to the EPA, in 2009, 438 million new consumer electronics were sold and 2.37 million tons of electronics were ready for end-of-life management, yet only 25% of these tons were collected for recycling. Among this toxic payload was lead, mercury, cadmium and plastic compounds. 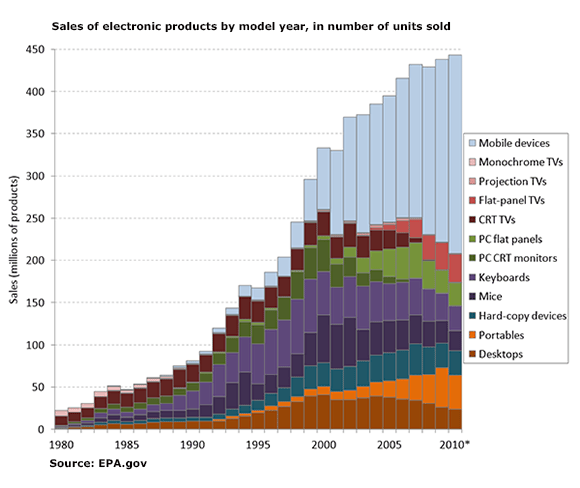 If your computers end up in a landfill, they can be easily traced directly back to your business, exposing your company to expensive fines, embarrassing publicity and even litigation. This can happen even if your company sells, transfers or donates its computers. Read on for more information about this.

Conducting an employee purchase program or donating to a charity can be a great way to give back to your employees and the community. However, if not properly handled, you may be exposing your company to legal risks. For example, there is a potential contingent liability if the purchaser of the equipment later disposes of it illegally and it is traced back to the selling enterprise.

5. Brokers do not take title to your assets

Companies will often try to use a broker to sell off their old computers. However, by definition, brokers do not take title to your assets. When you use a broker, you may be opening your company to similar risks as when you sell to your employees. If the new owners illegally dump your computers, there’s a potential contingent liability for your company. If your hard drives aren’t properly sanitized, your company secrets could be for sale on eBay. Finally, you will still be stuck holding equipment that your broker can’t push.

6. Why some computer recycling companies do more harm than good

Computer removal and recycling companies are typically the best way to remove and retire obsolete computer equipment. In addition to making the process easy, they insulate your company from the risks mentioned above. Unfortunately, not all computer disposal companies are the same and some may even increase your company’s risk exposure. Here’s why:

Because asset disposal services are in great demand, fly-by-night asset removal companies are popping up everywhere. Their business model is simple: undercut the competition and sell off as many computers as possible. But what happens to the computers they can’t sell? Do they really want to take the time to sanitize all of those computers, destroy them and properly dispose of them, knowing that they’re losing money on each computer they process? Instead, many of these companies merely illegally dump them – company data and all.

According to Gartner Research, many companies “reported that they had to pay [hefty fines] when the disposal providers they partnered with collected their payment and then dumped the equipment.”

So as you can see, while retiring IT equipment should be easy, a little knowledge goes a long way to making decisions that save you time and money, and protect you from trouble down the road.